Recently I was working in Shell script to replace a content of a file. I have used powershell for windows and shell for mac. This is specific to my build server. I was facing one peculiar issue with sed command usage.

Though i extension is optional in ubuntu, in mac its mandatory to give it. refer the below highlighted screenshot. 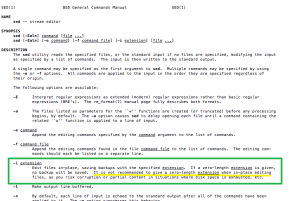 To solve this, I just gave a Empty string Extension like sed – i “”  ‘s/oldString/newString/g’ filename. Voila it solved the issue.

I found it hard to solve this issue as I didnt get any clear pointers. So I thought of creating the page,so it will be helpful for developers.